June 27th, 2014
|  by Mealtrip
Although this new appetizer addition to the Rose & Crown's Lunch and Dinner is one of the pricier selections, it is not out of line with the other items on the menu. If you're on the fence about it, get one and split it with your dining partner. There's enough there for two people to share, without getting too full for whatever entree you have your eye on. It also happens to be the perfect size for pairing with a half-pint of ale.

This new house-made duo of meat pies includes a Pork and Apple Sausage Roll and a Lamb Pasty. 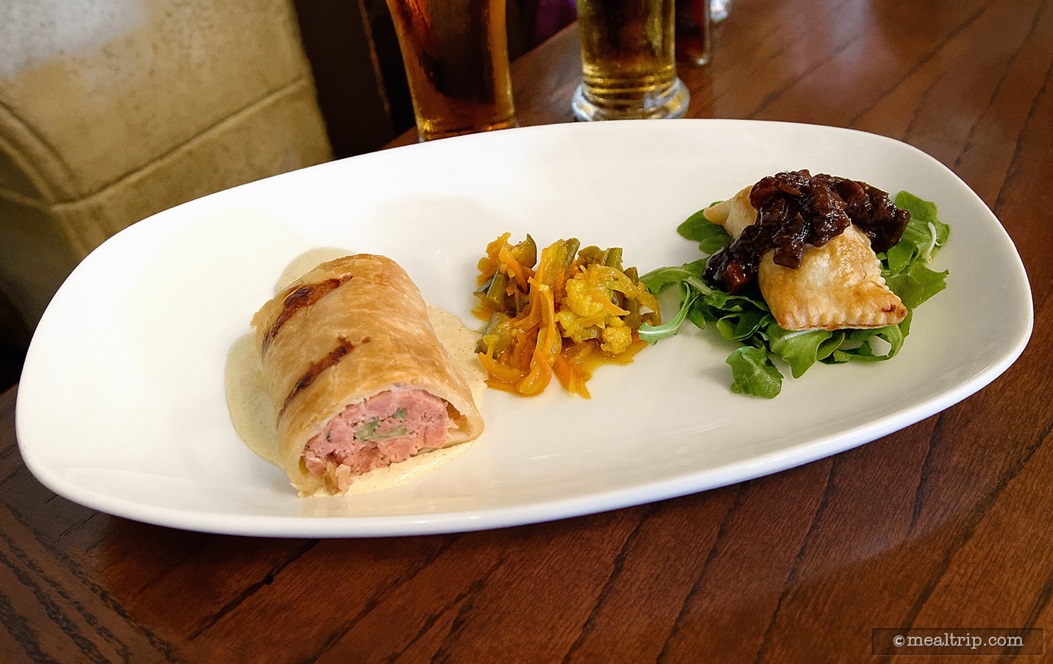 This new duo of meat pies consists of a Pork and Apple Sausage Roll and a Lamb Pasty.

Visitors to Flower and Garden Festival's "Buttercup Cottage" food kiosk will be familiar with the Pork and Apple Sausage Roll. I have to say though… I am consistently more impressed with the version that's featured here (inside the Rose & Crown), than the sample that was being served from the kiosk. Maybe it's because this one hasn't spent any time outside and isn't drying out. Maybe because it's a larger cut of the roll, served at the right temperature and sitting a very mild mustard sauce. Maybe it's the Piccalilli, that is still fresh and hasn't spent too much time in it's vinegary brine so as to be overpowering. All of those little details, make for a better pork roll. 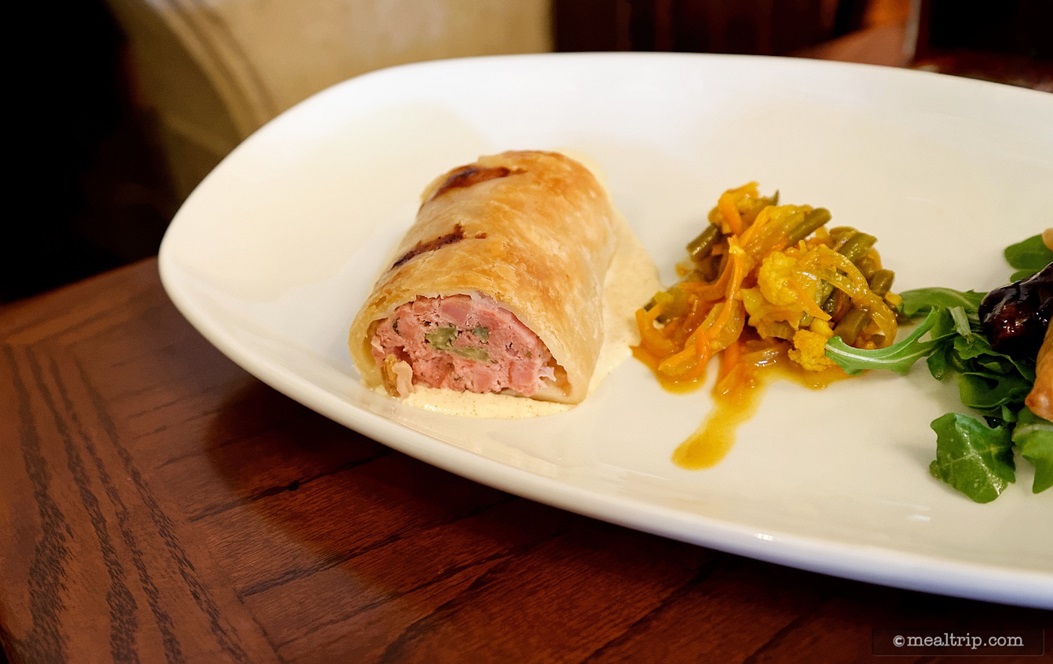 The Pork and Apple Sausage Roll with house-made Piccalilli to the right.

The second part of the meat pie duo features a Braised Lamb Pasty topped with Branston Pickles. I do wish that it was just a bit larger, but that's only because it's so good.

Lamb, has (oddly) made on-again, off-again appearances on the Rose & Crown menu… and I hope it's here to stay this time. I noticed that a proper Shepard's Pie (with lamb) is back on the menu as well, so here's hoping the lamb being used in both an appetizer and an entree will help keep them around longer.

The lamb being used here, is a seasoned ground product, so if you've had unpleasant encounters with a greasy, minted up lamb in the past… this is nothing like that. These Lamb Pastys might actually change your mind about lamb. If you're already a fan, the golden flakey pastry that surrounds the hot meaty goodness is an added bonus, as are the Branston Pickles, which pair very nicely with the lamb. 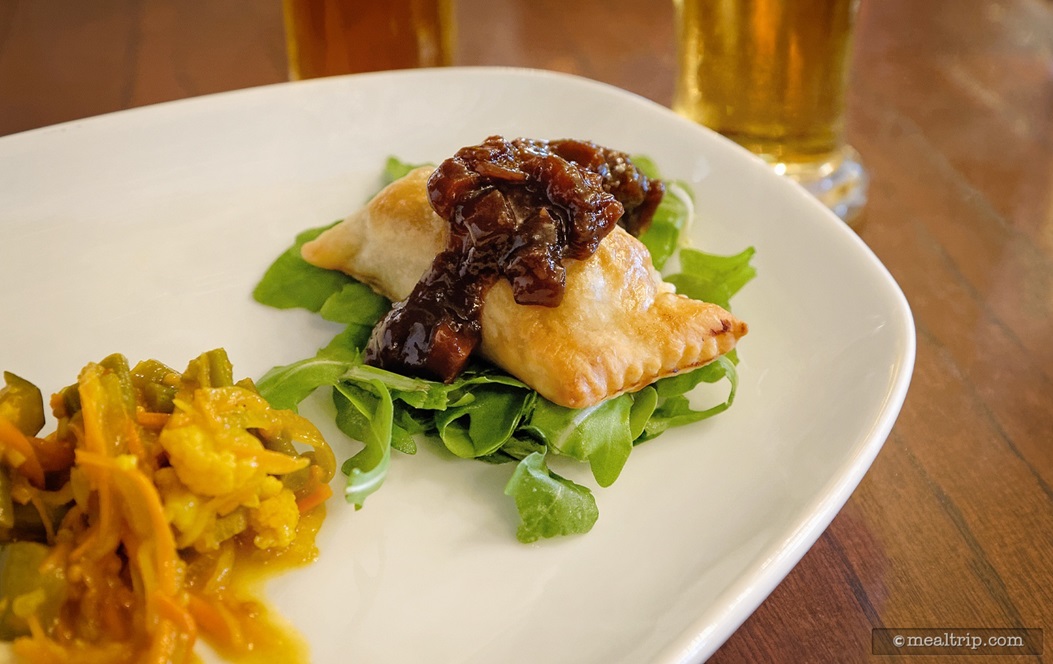 For those not familiar with Branston Pickles, they are not the single green slice variety that you'll find on a burger. Common in UK Pubs and often served with cheese plates, the Branston Pickle mix is more like a chutney, and contains diced vegetables such as carrots, onions, and gherkins pickled in a brown sauce made with tomato, apple, vinegar, mustard, garlic, cinnamon, pepper, cloves, and actually, quite a few more spices. If you haven't tried them, here again is a great opportunity to do so, and it shows that the Branston Pickle mix can be used for more than a garnish on a cheese plate. (I actually do like it with a good hard cheddar and beef burger, but that, is a different article.)

This great new addition to the appetizer menu is available on the Rose & Crown's Lunch and Dinner menus, but is not on the "Pub" menu.

Have you tried the new House-made English Meat Pies at the Rose & Crown yet? Even if you haven't, we'd love to hear about your last meal at The Rose & Crown.