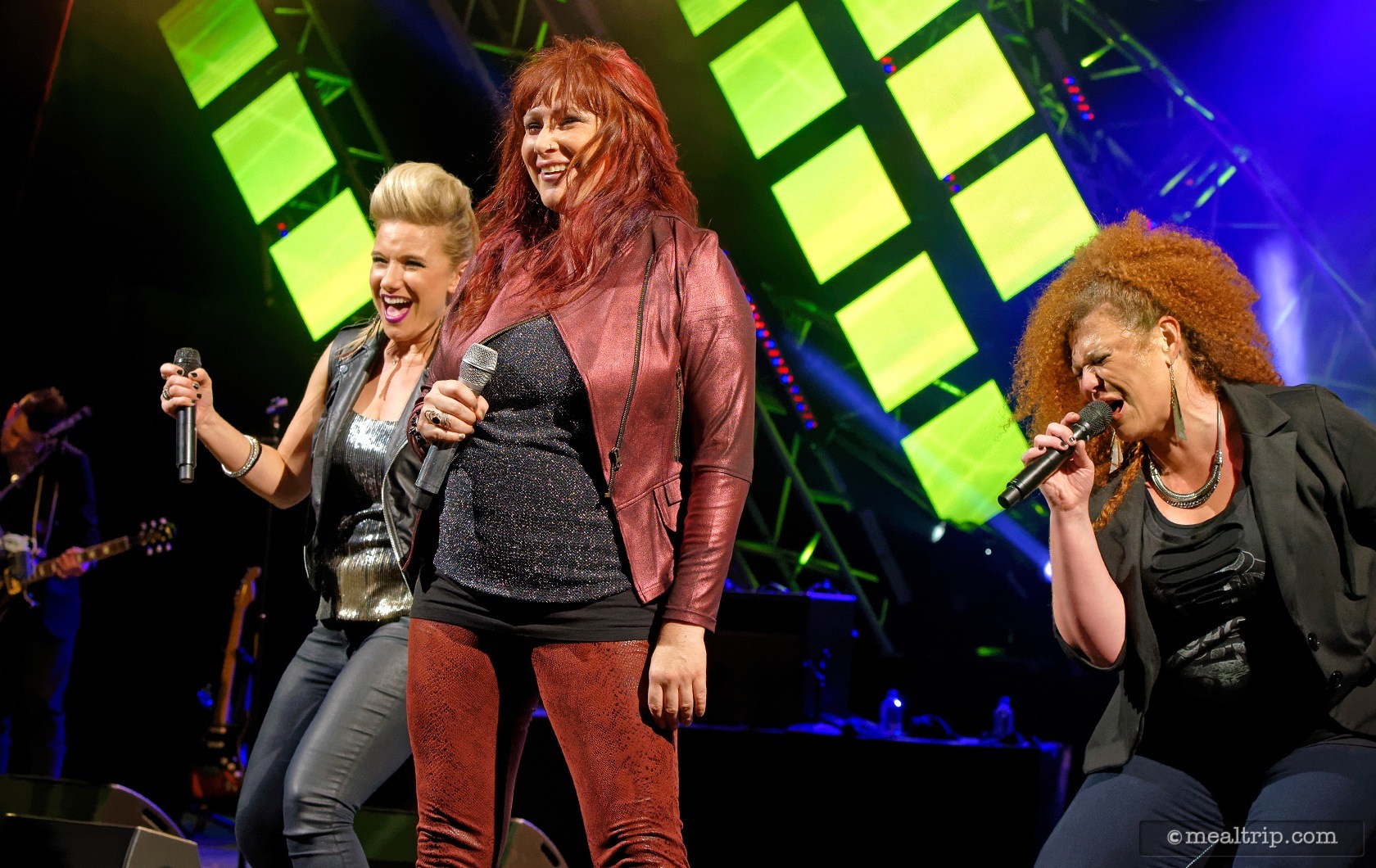 The Eat to the Beat concert series features three nightly performances from popular bands at the American Garden Theater which is located in the American Pavilion at the back of Epcot. While the concerts are free with your admission to Epcot, there are also Eat to the Beat Concert Dinner Packages available, which guarantee a seat for one of the concerts. (Entertainment subject to change without notice.)

Don't know who some of these band are? Click the band name or the to visit their website in a new window. Click on a song name or the icon to view the YouTube video for that song in a new window. (We've made every attempt to link to the "official" video upload for each group, in some cases though, it's not entirely clear. I've done my best.)

Points of Interest at Epcot Food and Wine