April 21st, 2017
|  by Mealtrip
Reading takes too long... just show me the 15 photos from this article.
While it's true that two of SeaWorld Orlando's long-standing festivals (Bands, Brew, & BBQ and Viva Latina) have merged into a new, much larger "Seven Seas Food Festival", a few remnants of what once was, still remain. 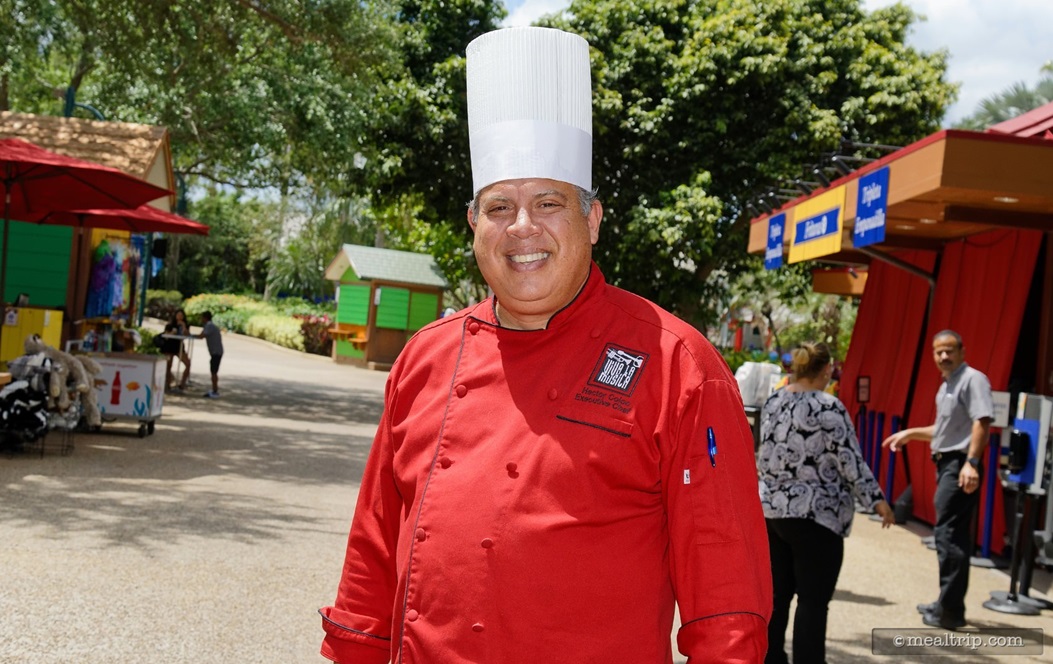 The immensely popular Viva Latina Festival at SeaWorld is (more or less) still going strong and is now attached to the tail end of the Seven Seas Festival. The "featured food theme" area that began as BBQ, has been swapped out with food favorites taking inspiration from Latin American cuisine for the final four weekends of the festival.

Latin inspiration is not just evident in the food though, Latin beats fill the air at Bayside Stadium and a smaller side stage closer to the featured cuisine area.

The Seven Seas Food Festival event has proven so popular that two extra days have been added at the tail end of the run. In addition to the scheduled Saturdays (April 22nd and 29th, May 6th, and 13th), two Sunday dates have been added (May 7th and 14th), and will include all 11 of the food booths, special featured Latin food area, and two brand new bands! 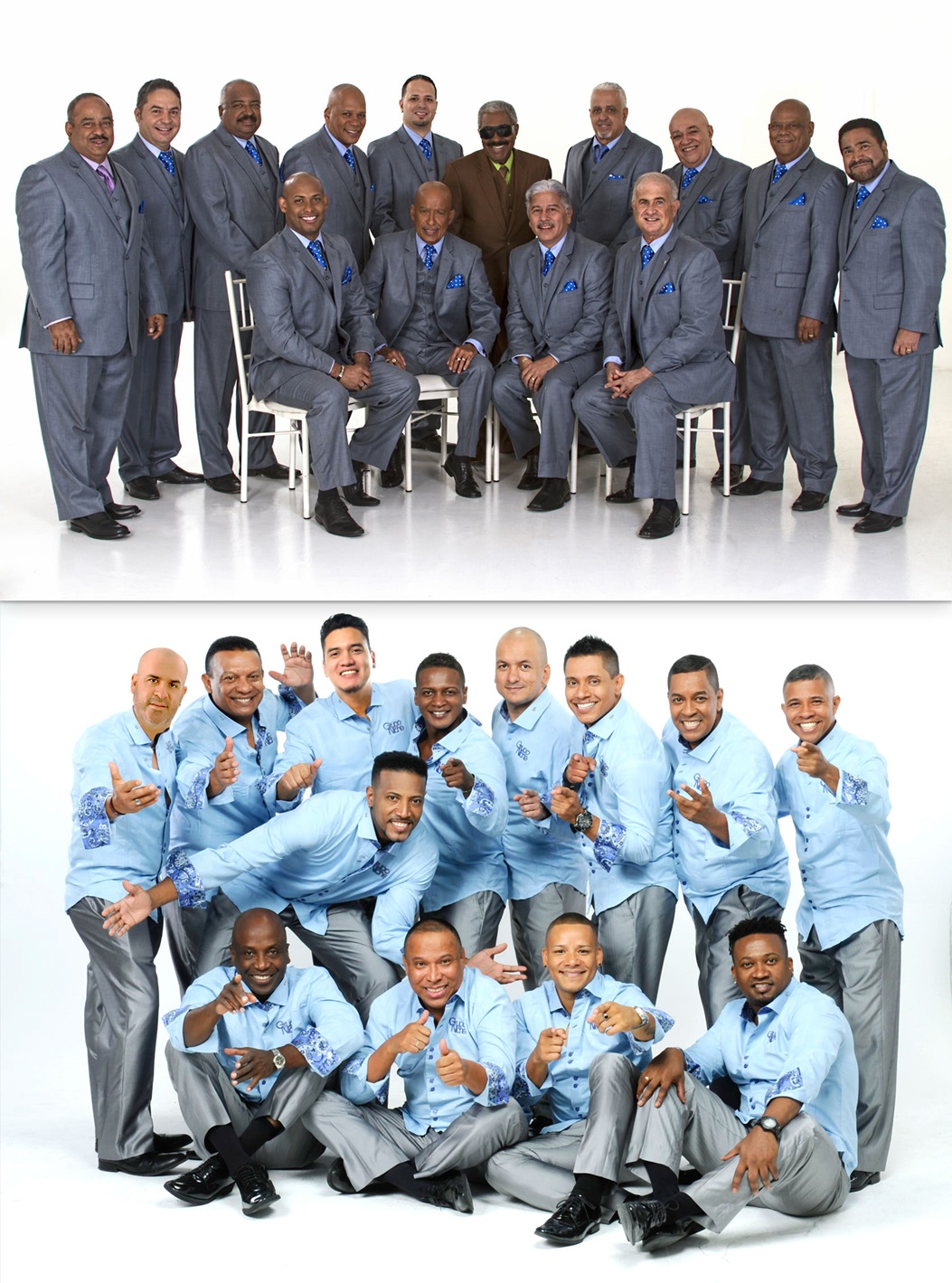 Two new bands have been added on two new dates! You can see and hear El Gran Combo on Sunday May 7th and Grupo Niche on Sunday May 14th in addition to the already scheduled performers! (Photo courtesy SeaWorld PR)

But enough with the bullet points… what about the food? I was recently invited to a media preview at SeaWorld that included a sampling of some items that will be available in the featured Latin cuisine kiosks. (This "featured" area I keep referring to is what I call the "festival" area… it's sort of between Seafire Grill, Ports of Call, and Bayside Stadium).

The new items will be available in small plate "sample" form (so you can use your punch card style "Food and Brew Sampling Lanyard"… which is an amazing deal by the way… click here to read more about that)… and also in full-size plate form. 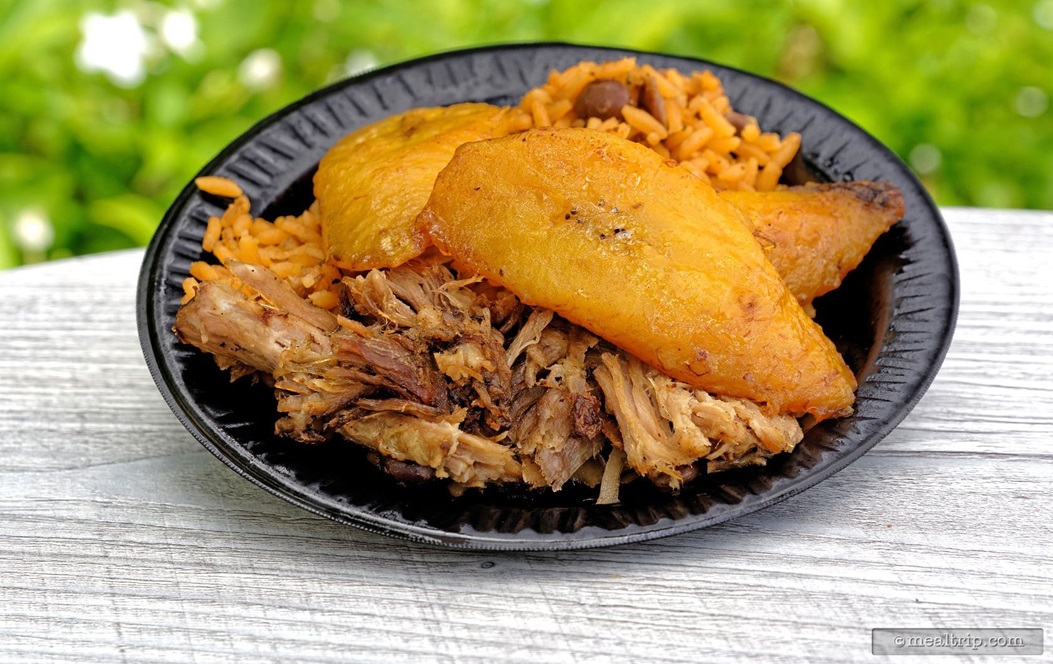 A smaller "sample size plate" of the Lechón Asado.

The full size plates seem to average between $11 and $13 (give or take), but based on the quality and volume of food on there… that's a pretty decent price for what's being offered. 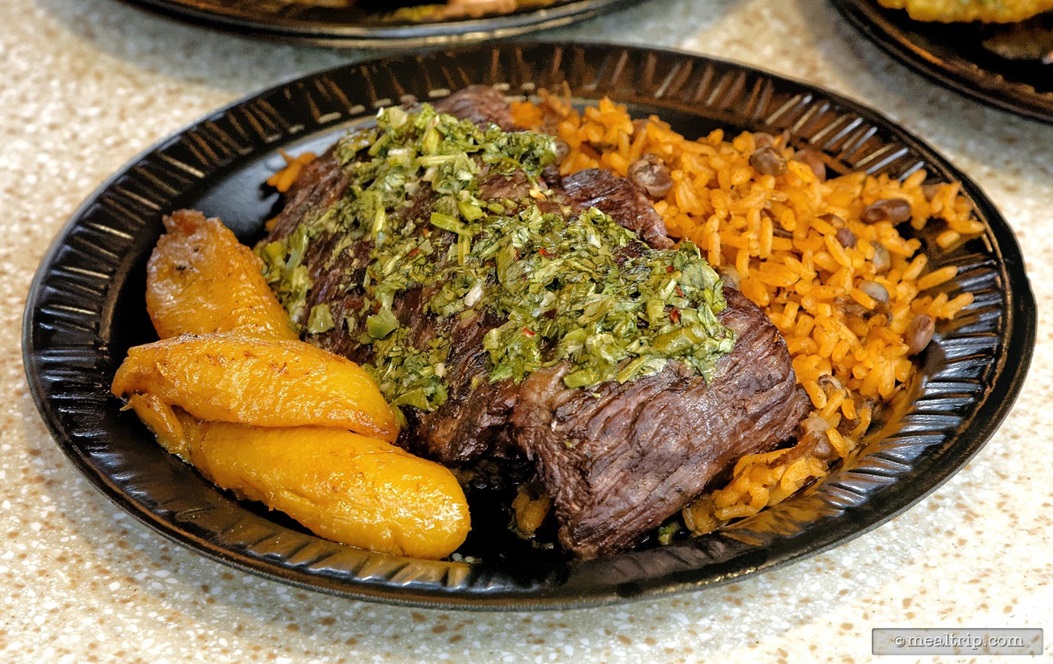 The "Churrasco" platter features a skirt steak marinated in house-made chimichurri, then grilled over an open flame! Sides include a "dirty" rice mix and plantains (available a couple different ways). The Churrasco platter is listed on the boards as being $13.00 (2017).

The BBQ food that had been offered in this "featured" area was great… but it was "theme-park BBQ"… the meats were smoked, but there was a lot of red sauce around as well. That's not wrong for the masses, it definitely fit in with the street food theme, and it was really good "festival" food.

There is an authenticity to the Latin food though… that surprised me. Yes, it is still street food... but it tasted more like I was at an amazing large family picnic than a theme park! 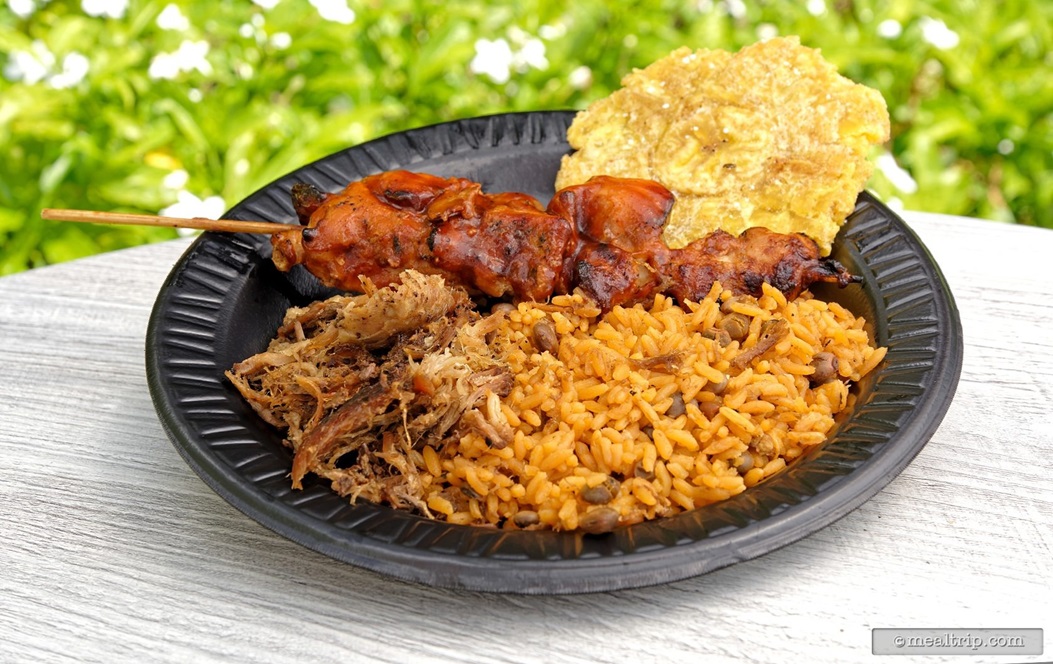 This is one of the larger plates, but I'm not sure they'll put two of the featured proteins on there at the actual festival. Pictured here (clockwise) is a fried plantain, dirty rice, Lechón Asado (roasted Caribbean spice-rubbed pork), and a Pincho con Tostones (skewered, flame grilled chicken or pork).

Some spice notes are toned down a bit (for example, I'm a big fan of that ground scotch bonnet pepper, paprika and cayenne rub that finds it's way into Caribbean heavy proteins such as pork).

You won't find any super hot complex "jerk" style rubs here, but what you will find is genuine, large party, cookout food that will appeal to just about everyone. 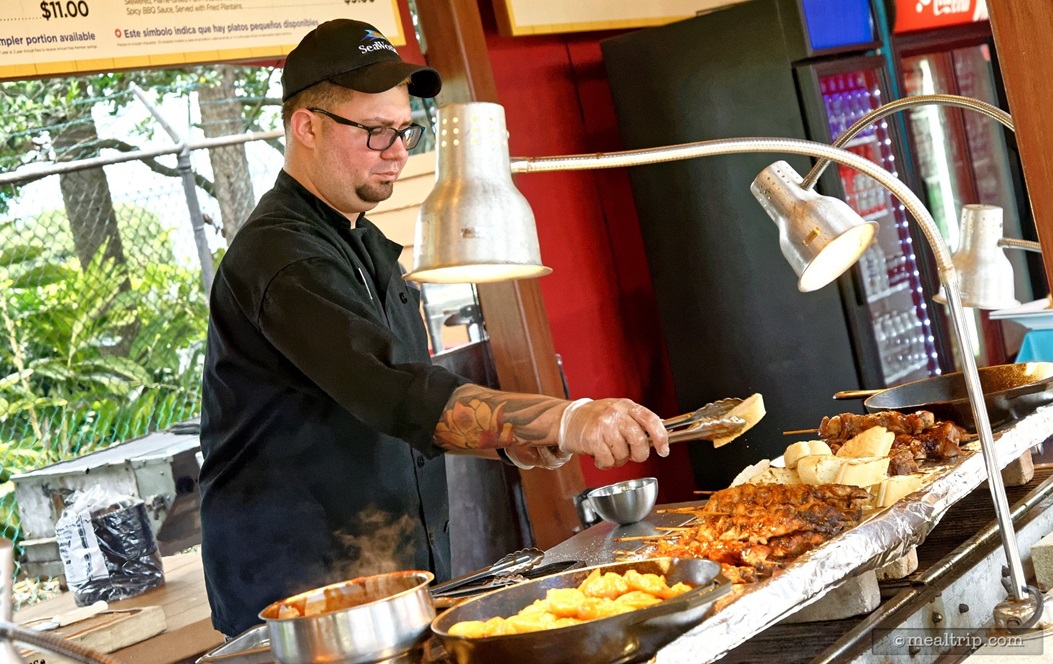 Everything is being made fresh right there in front of guests at the very large "featured festival food kiosk".

If you're looking for a slight kick, the Churrasco skirt steak is marinated in a house-made Chimichurri blend that's very fresh and not overbearing at all. The mix allows you to still taste the steak. In fact, we saw some of the Chimichurri going on top of a fried plantain or two (which is also quite good). 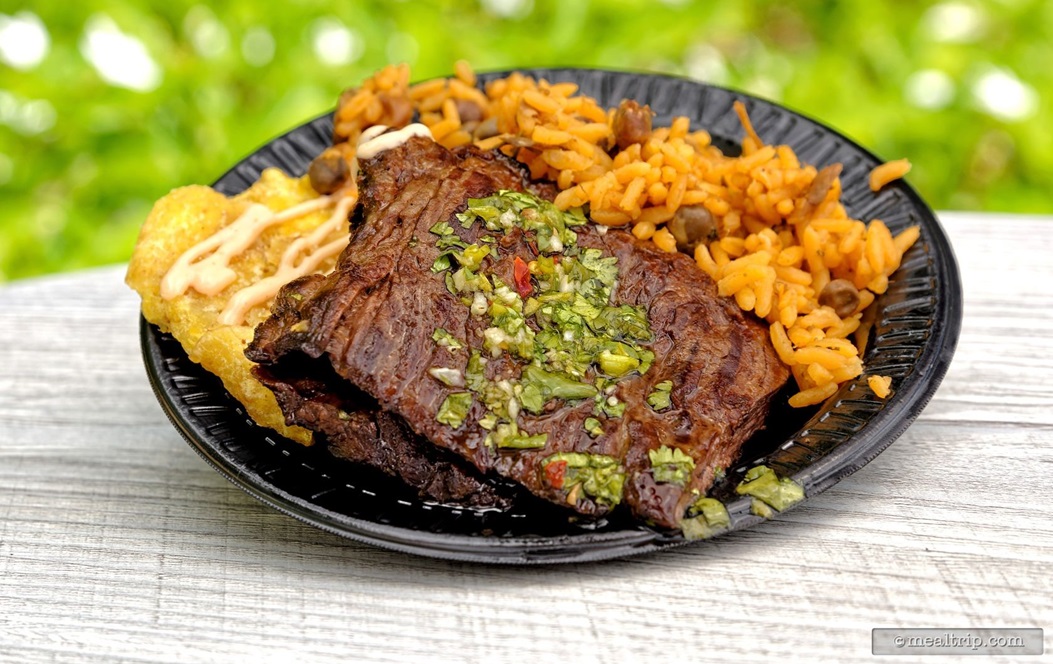 This is actually a small sample plate version of the Churrasco (a skirt steak marinated in a house-made chimichurri mix).

The other standout item for me were the Pincho con Tostones, which is basically chicken or pork that is skewered and then flame-grilled and features a BBQ sauce that strikes a nice balance between sweet and savory.

To round out the dish, some fried plantains or a really nice "dirty" rice is available. (It wasn't really clear to me which "sides" were going with which main dishes… but it seemed as though they would build a plate with whichever you wanted.) 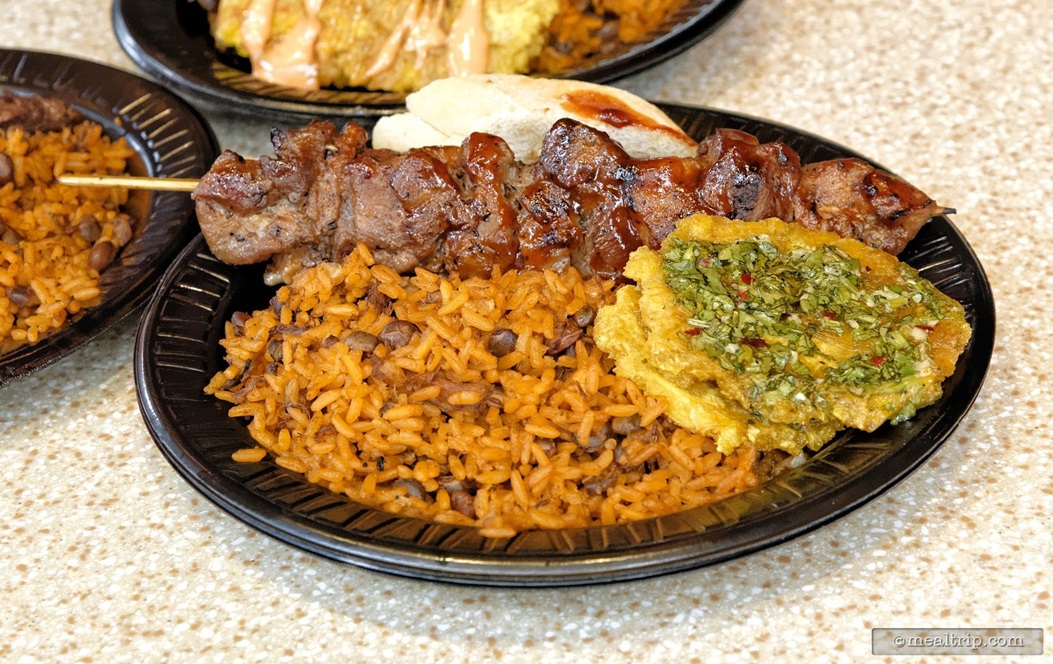 The "Pincho con Tostones" feature skewered, flame-grilled chicken or pork with a sweet and spicy BBQ sauce and served with fried plantains for $9.00 (2017).

Here again, the quality of the meats on the Pincho con Tostones was quite good… and that's important when you're eating off of a stick. You shouldn't have to cut anything away here, and I didn't have to. 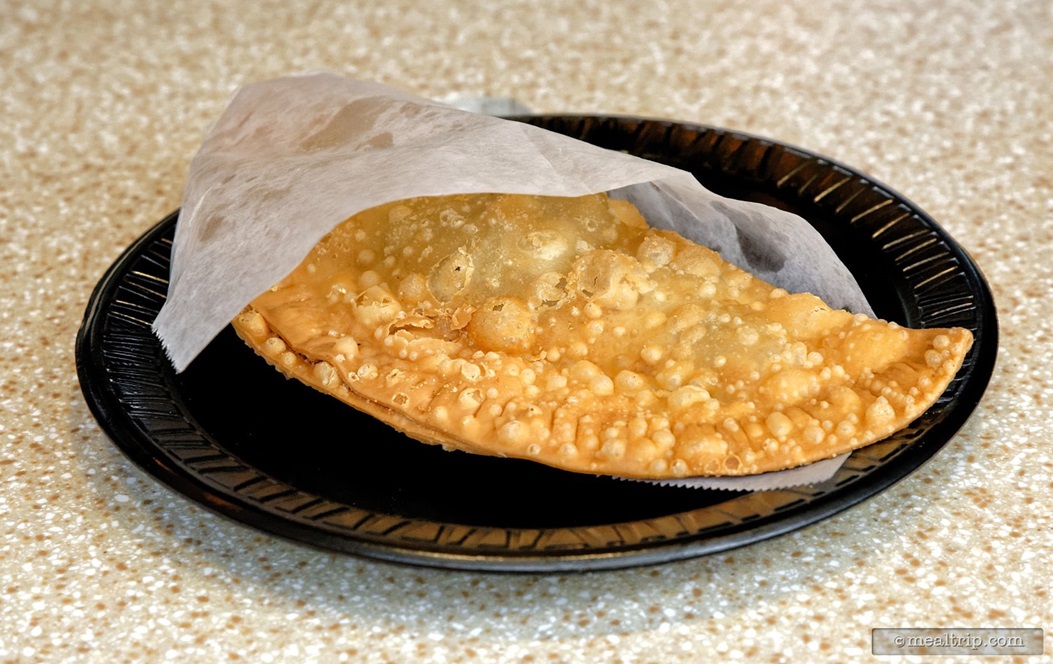 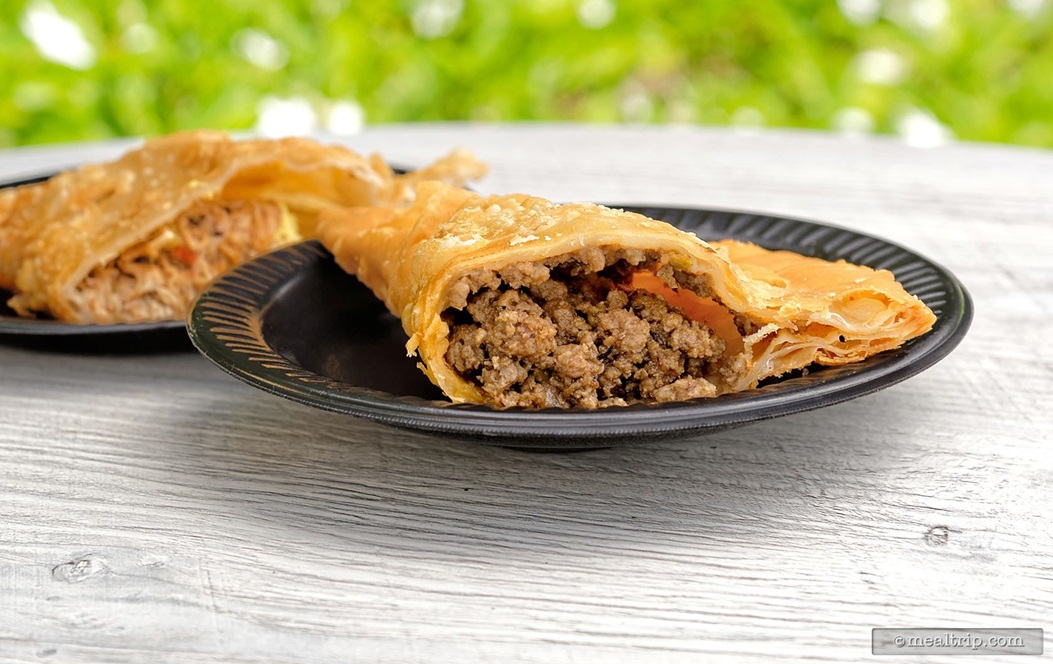 The Empanadilla de Carne split in half gives a better view of the savory ground beef mix that's inside the flaky layered shell. 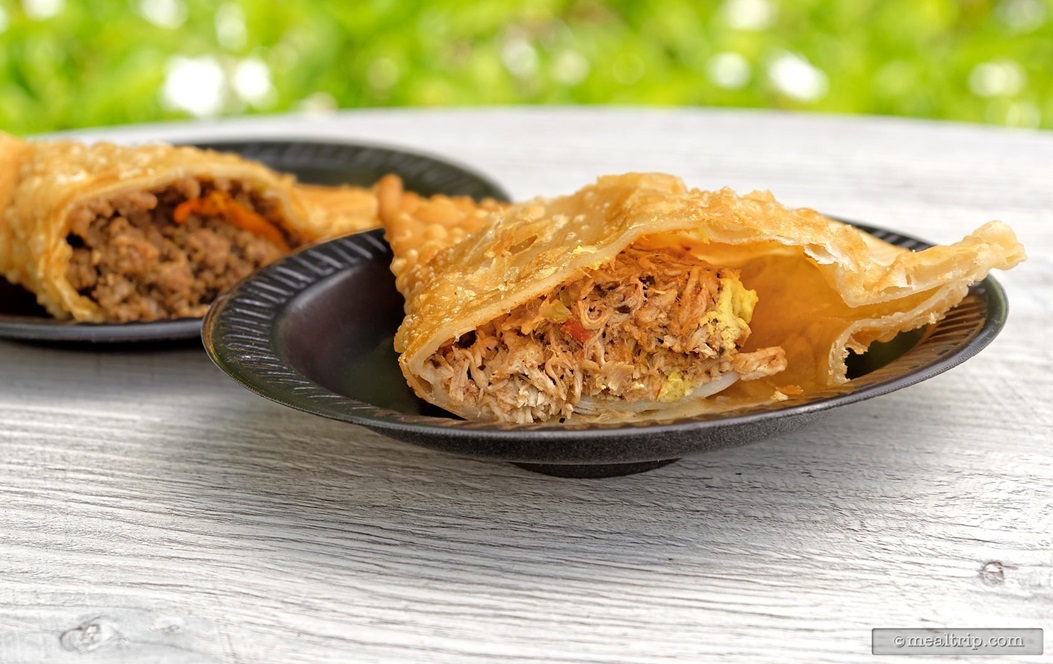 Here's a cut-away shot of the Empanadilla de Pollo.

Here's a list of all the "new" items that are replacing the BBQ items in the featured area. 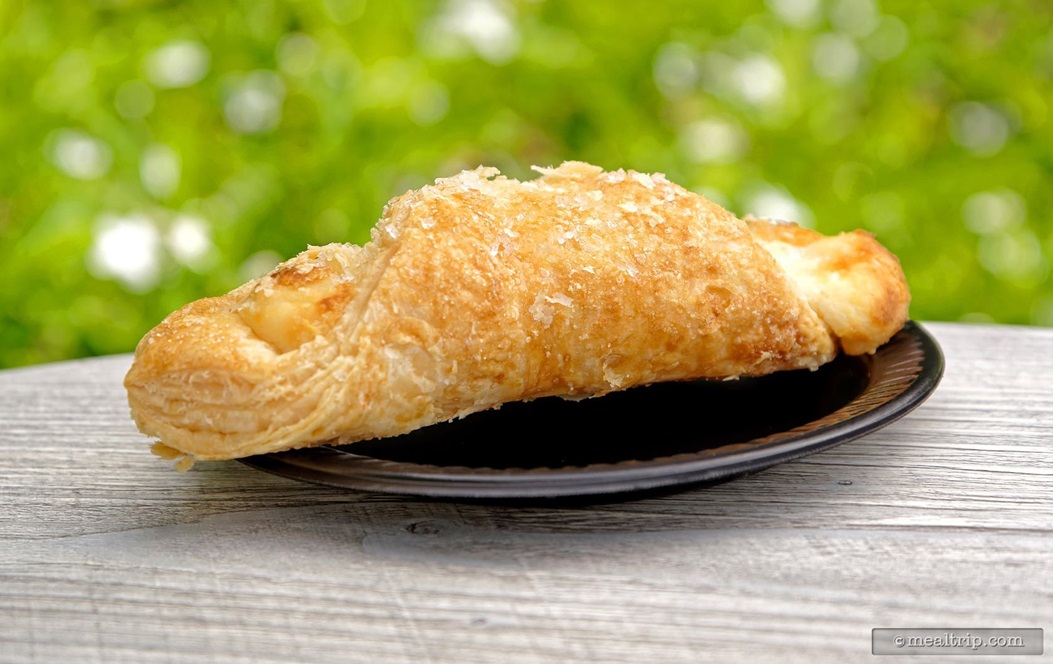 Why hello little puffy dessert goodness... (that was not on my list of available food items)! What could you possibly be? This is actually a "Quesito"... and I hope it's available at the festival! 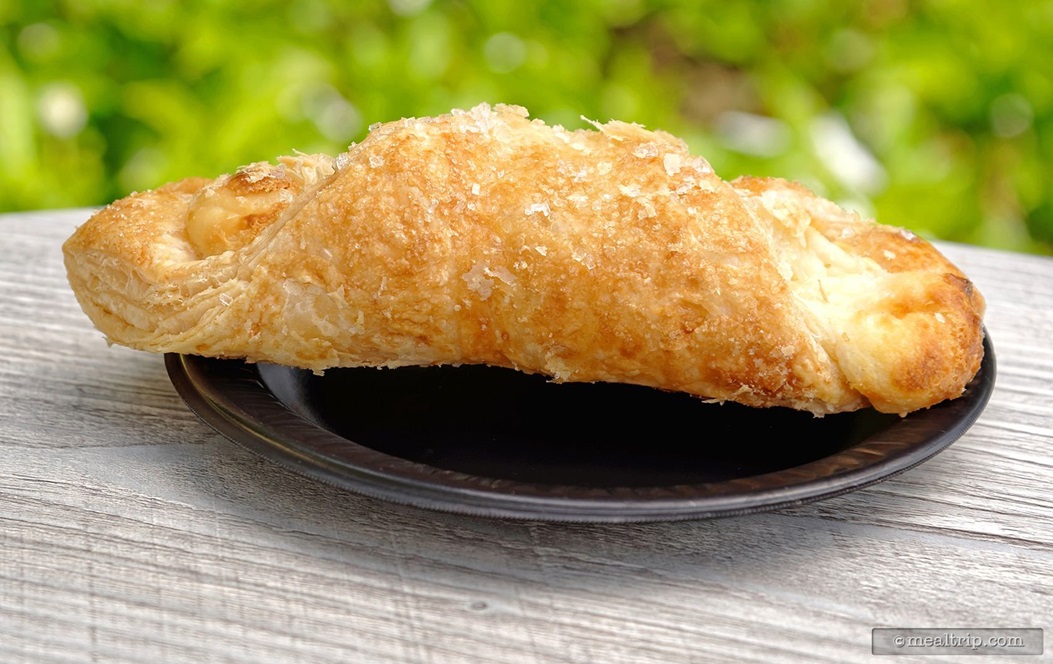 A Quesito is a light, flaky, cheese-filled pastry and this one has very large sugar crystals on top! I could totally eat two or three of these with a good stiff cup of Brazilian coffee!

On top of all of this… those 11 Global Markets are still out there around the "food loop" (as I have now taken on the task of renaming parks of SeaWorld)... some of our other really cool street-food finds are still out there… the scallop and lamb from the Mediterranean booth, that crazy unique fried orange, the oh so yummy Bingsu Salted Vanilla Ice Cream Topped with Caramel Popcorn from the Korean booth is a "must get"… all of that plus the amazing new featured Latin cuisine is available for just six more days! 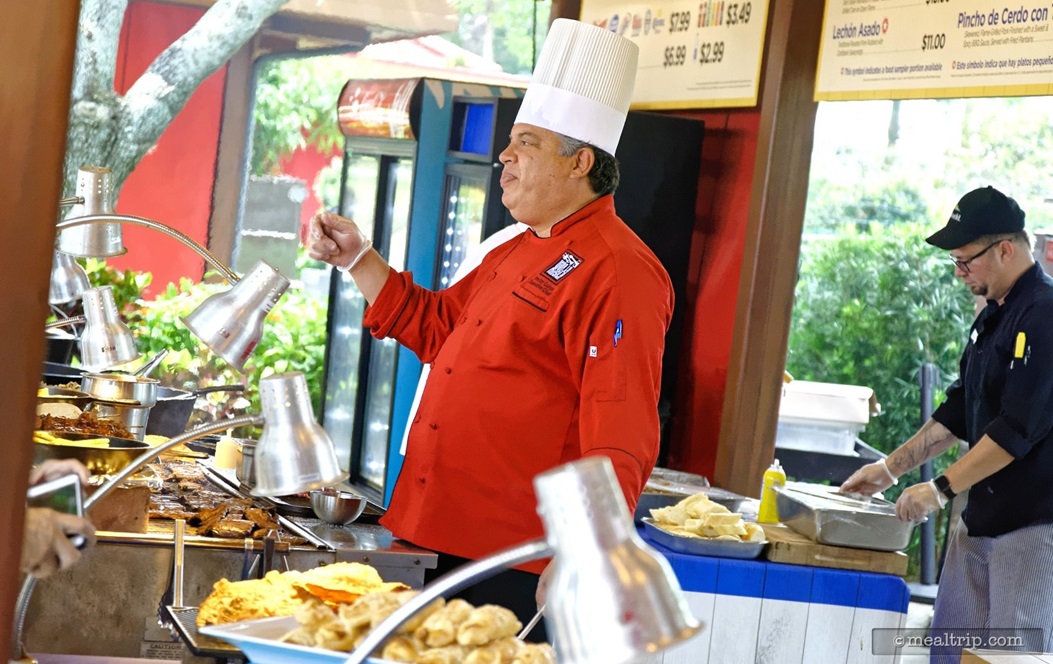 SeaWorld Executive Chef Hector Colon seems very happy and totally at home during the featured Latin Food segment of the Seven Seas Food Festival... and you can totally taste that happiness in the food!

Just a reminder… that's over four more weekends… the next two festival dates are Saturday only (April 22nd and April  29th), and the final two "weekends" are Saturday and Sunday (May 6th & 7th and May 13th & 14th).

I have a sneaking suspicion that the Seven Seas Food Festival will be back in 2018 as well, but why wait? If the weather is good, pick up a Sampling Lanyard and enjoy a super fun foodie stroll around SeaWorld!

Some of the information and photos for the preceding article were gathered at media event sponsored by SeaWorld, Orlando, at which, Mealtrip.com was an invited guest.
next post
Festival Center Walkaround
previous post
Saturday Stroll-Around Day Three
return to top of page
Reading takes too long... just show me the 15 photos from this article.