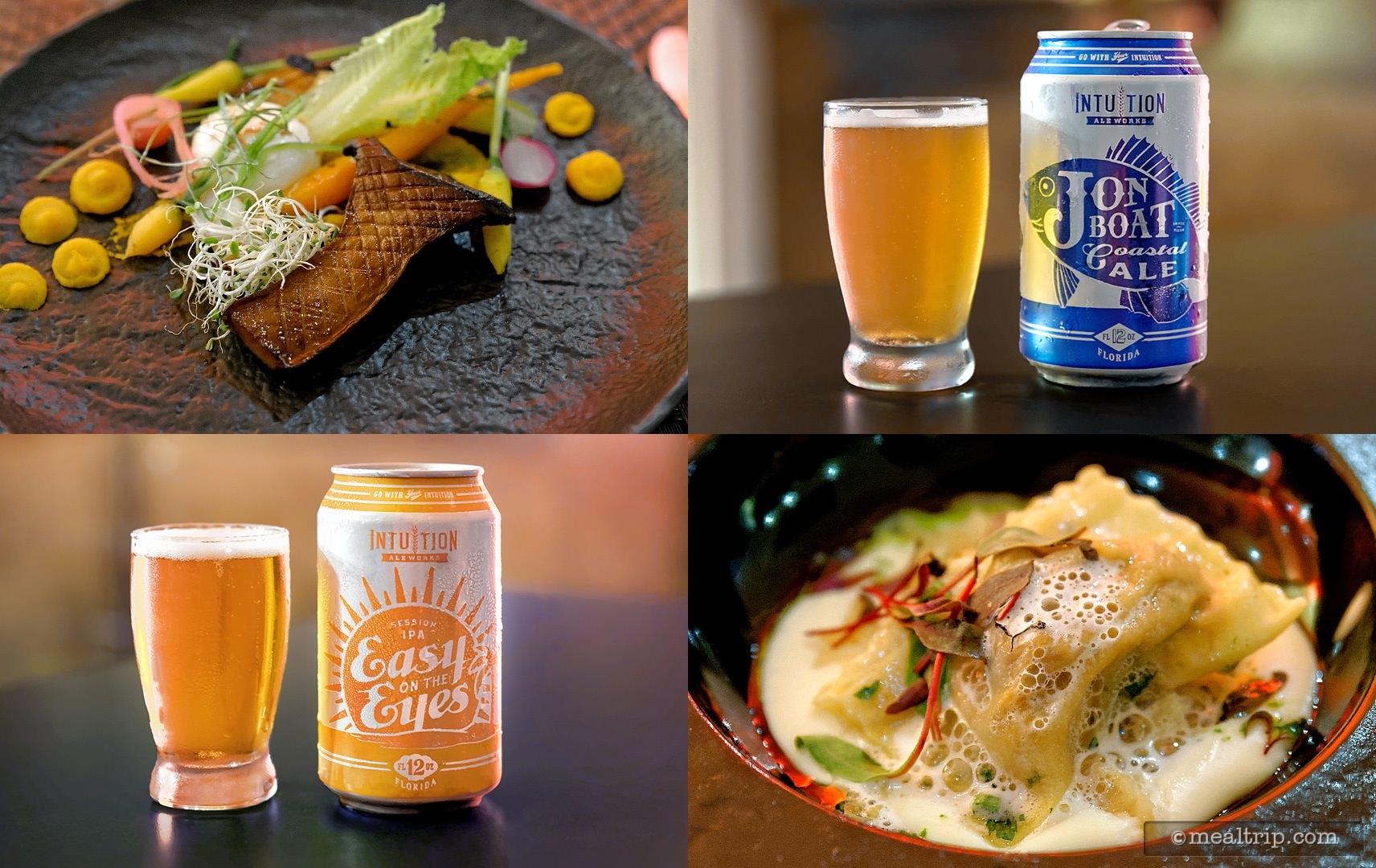 I've been to three or four of the "Jake's Beer Dinner" events at Loews Royal Pacific Resort now, and each one has been a unique and fun experience. This quick photo review was from a September 14th, 2018 event, but each of the dinners follows about the same format. (Click Here to see our general review page for Jake's Beer Dinner.)

These dinners are about seeing beer in a new way for a lot of people. While many are familiar with "food and wine" pairing events, beer hasn't always been seen in the same light... which is really too bad. In a lot of ways, beers and ciders have many more stages in the brewing process than wines do, where the flavor and quality of the final product can be effected to match and complement various food flavors.

Each of the Jake's Beer Dinners feature five different beers from (usually) the same brewery. On the night of this review, Intuition Ale Works from Jacksonville, Florida was the featured brewery.

Before we get to the five course dinner though, the event actually starts in a small waiting area outside (under a good bit of cover) near the front door of Jake's, with three or four types of passed appetizers and Jake's own American Red Lager. 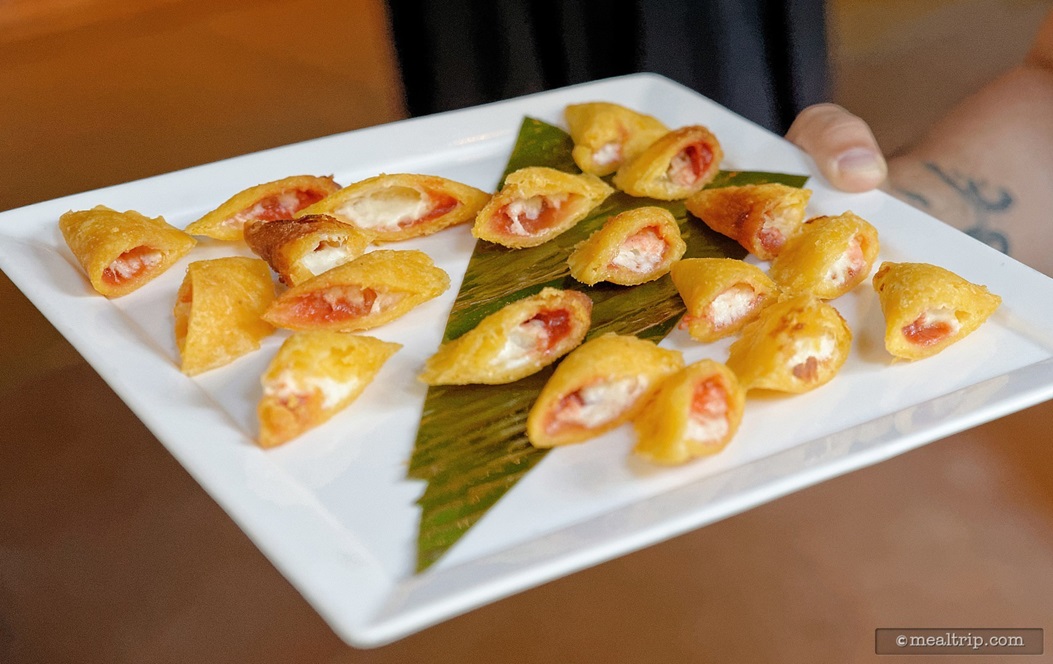 There are usually three or four passed small bites available before the dinner begins. Pictured here are some Ricotta and Raspberry Puffs. 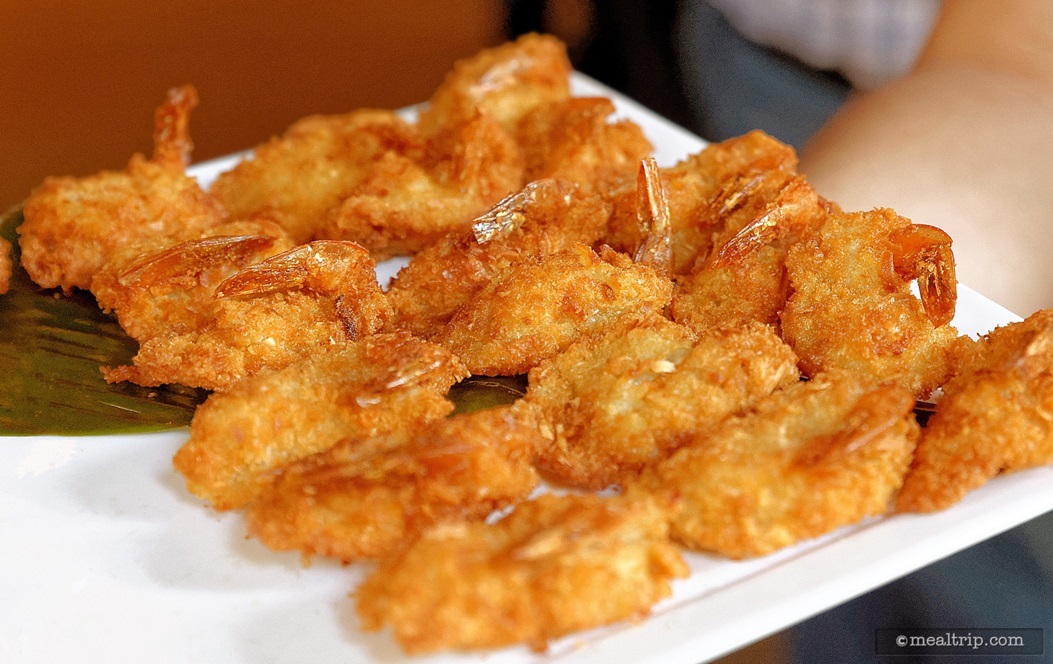 These Coconut Battered Shrimp were so good with Jake's in-house beer, the "American Red Lager".

Once it's time for the event to being, there's a quick "check your name on the list" process and everyone moves into the Clipper Room, a private dining space just for the event. Each table is pre-set with all the flatware you'll need for the evening along with some pretzel bread and sauce. You'll also find a printed menu that lists each course and beer pairing… and at some of the more recent events, there's even a "centerpiece" at each table displaying the five beers that will be featured (but they're not for opening up and drinking, you will be served fresh cold beers throughout the night). 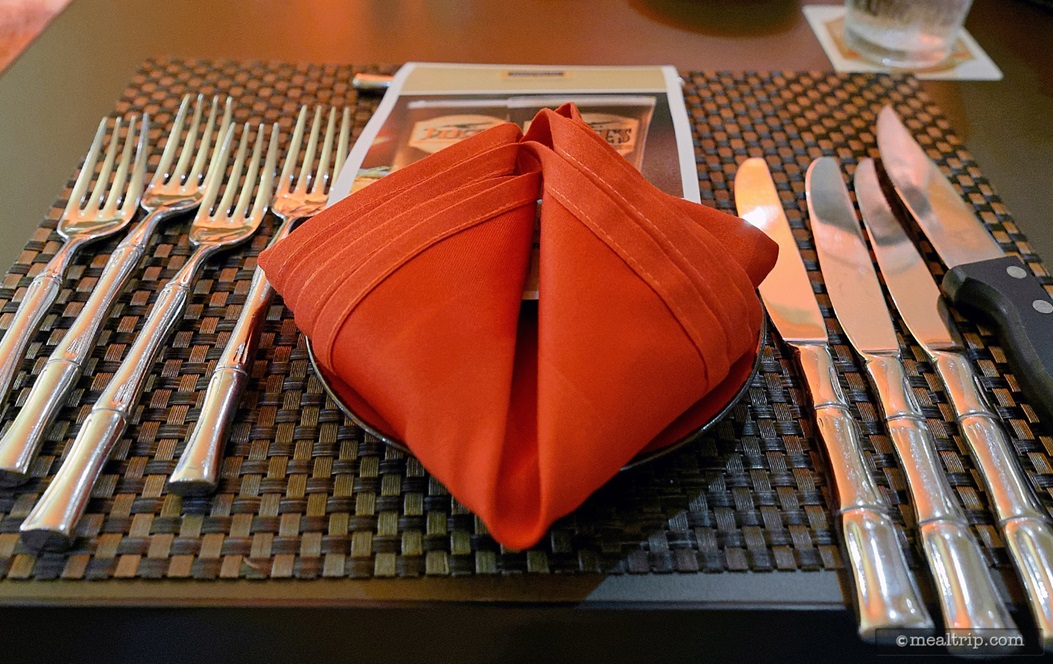 So many forks and knives!

It's worth mentioning, that seating is "long table style", where a single table can seat eight to twelve guests. If there are not that many people in your party, you most probably will be sitting with other guests. Even though this usually isn't my favorite way of dining, I've found the "Jake's Beer Dinners" to be very social events, and I've always had great fun with the groups I'm sitting with.

Each course will be introduced by a representative from the brewery and the head chef at Jake's. This is a great chance to hear a little more about why the specific beer and the course were paired together. While the chef does still have to oversee the kitchen throughout the event, the representative from the brewery will usually work the room… meeting and greeting all of the guests before the night is over. The head chef, is usually a little more available after the dessert course, if you have questions about the food or the beer. The format is really casual, and you'll definitely get a chance to ask questions about the beer and food pairings, if there's something more you want to know. 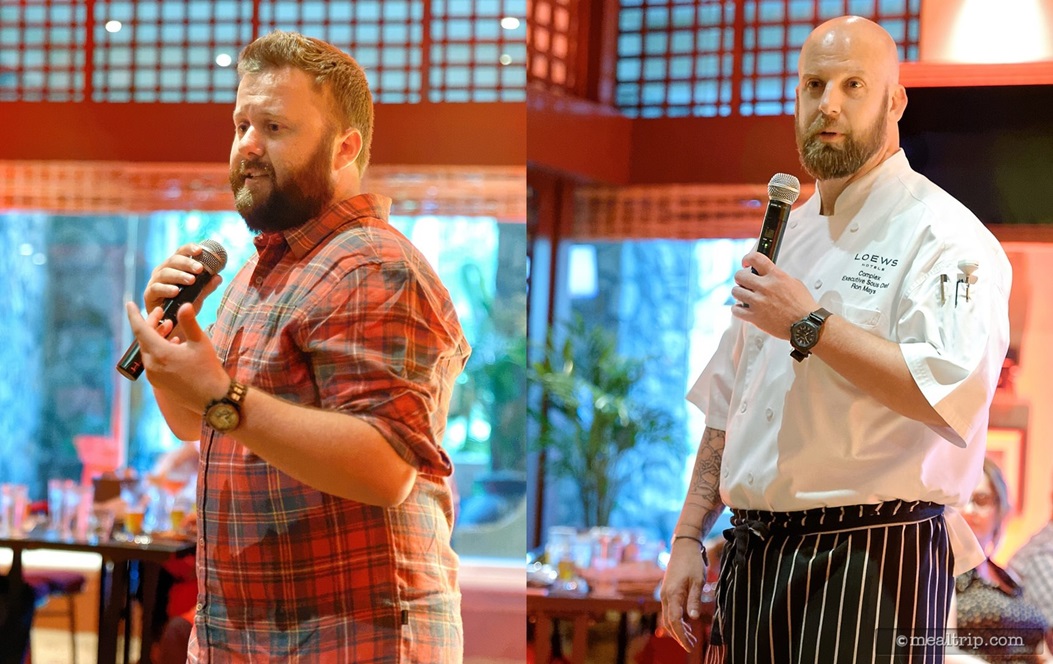 A representative from the featured brewery and the complex sous chef for the event present information about the beer and food before each course is served.

The lighting in the Clipper Room, is a little wonky for food photos… I got really lucky once with having some decent light (and those photos are part of the listing we have for "Jake's Beer Dinners" in the "Events at Resorts" section of this site), so these might be a little… "artsy". 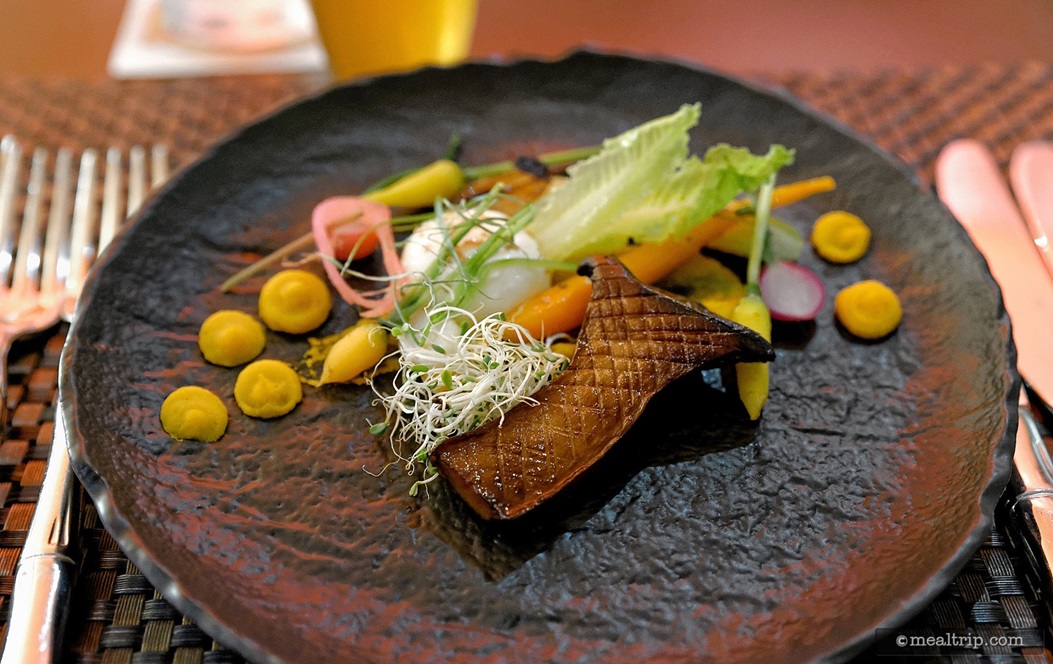 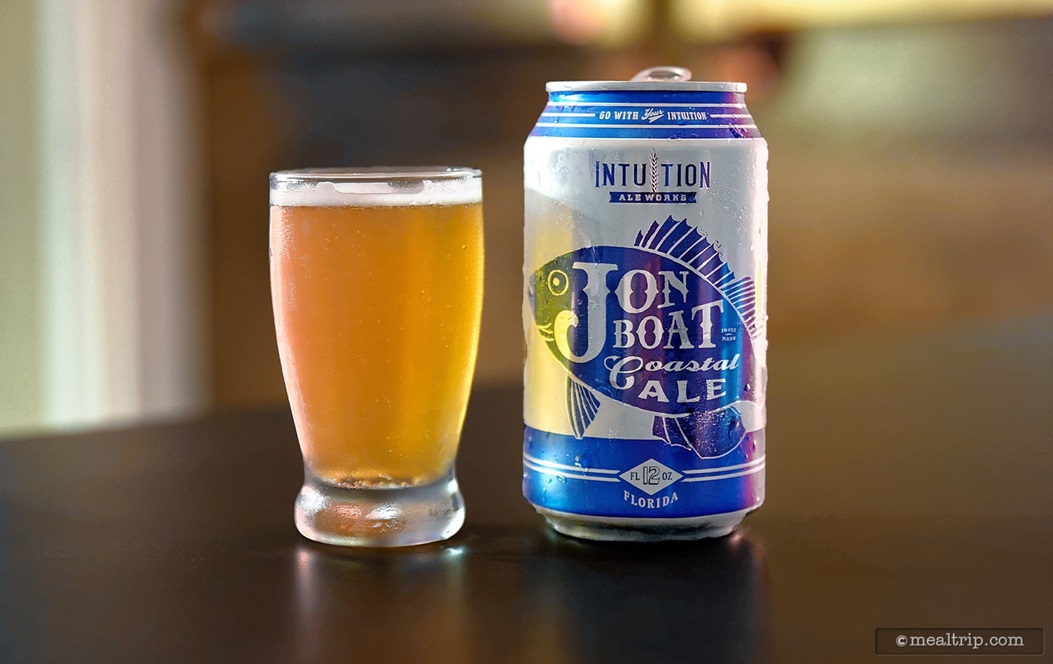 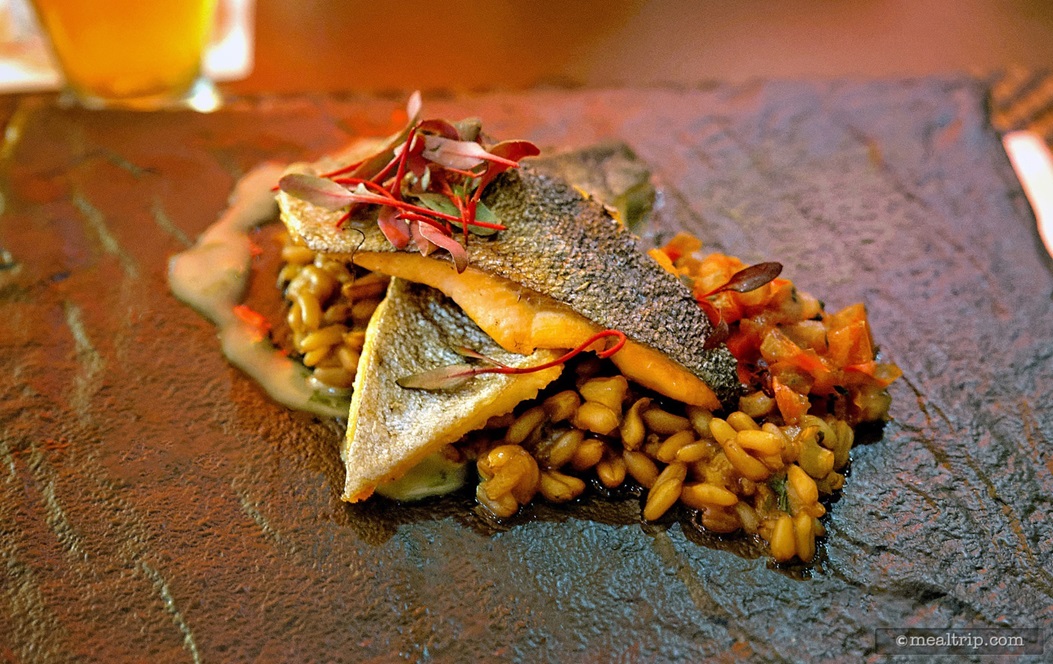 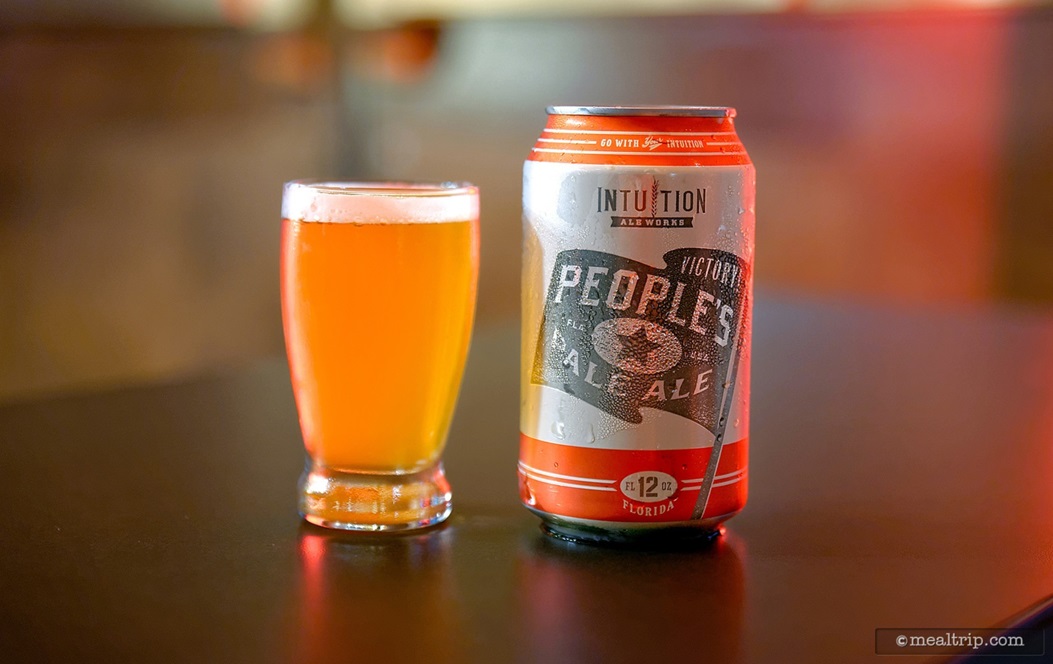 Course Two was paired with Intuition's "People's Pale Ale" (5% ABV) — This is Intuition's flagship beer... an American-style pale ale that is inspired by the hoppy pale ales of the West Coast. Featuring two-row malted barley and two caramel malts. Magnum hops for bittering and the traditional pale ale hops of Williamette and Cascade for flavoring and crisp, citrus aromas. 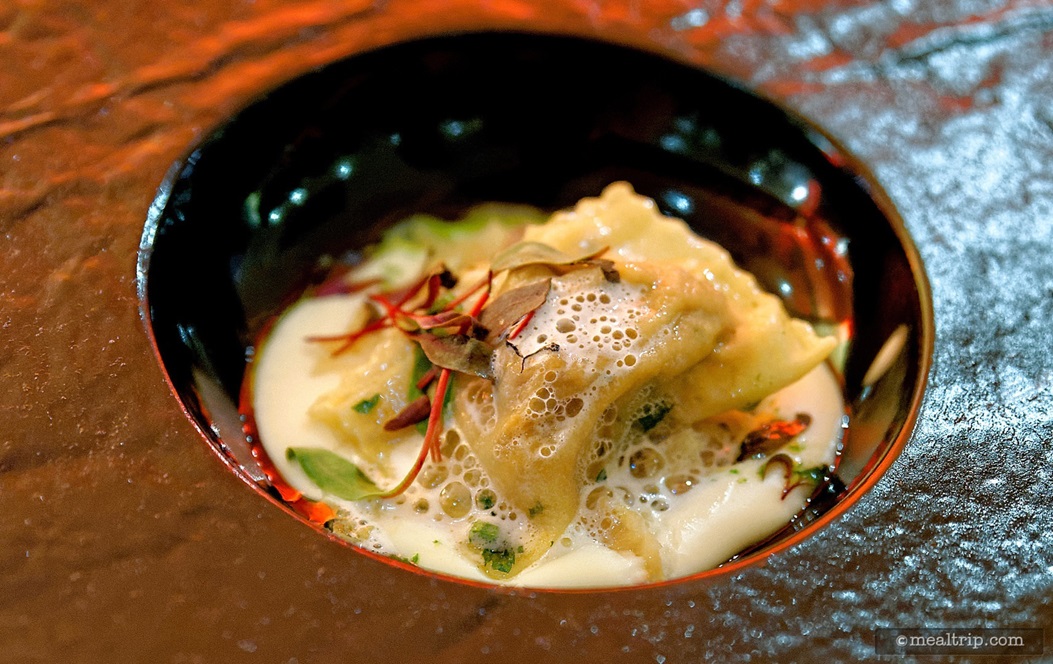 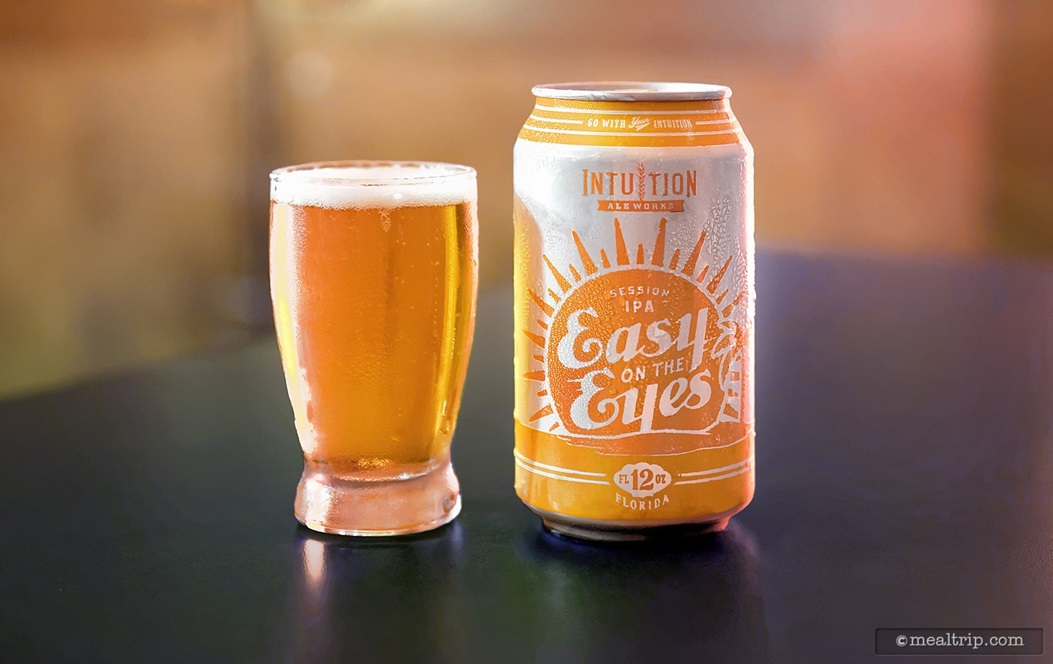 Course Three was paired with Intuition's "Easy on the Eyes" (4.7% ABV) — An easy-drinking, session IPA with a bright citrus aroma from the Centennial and Citra dry-hopping. 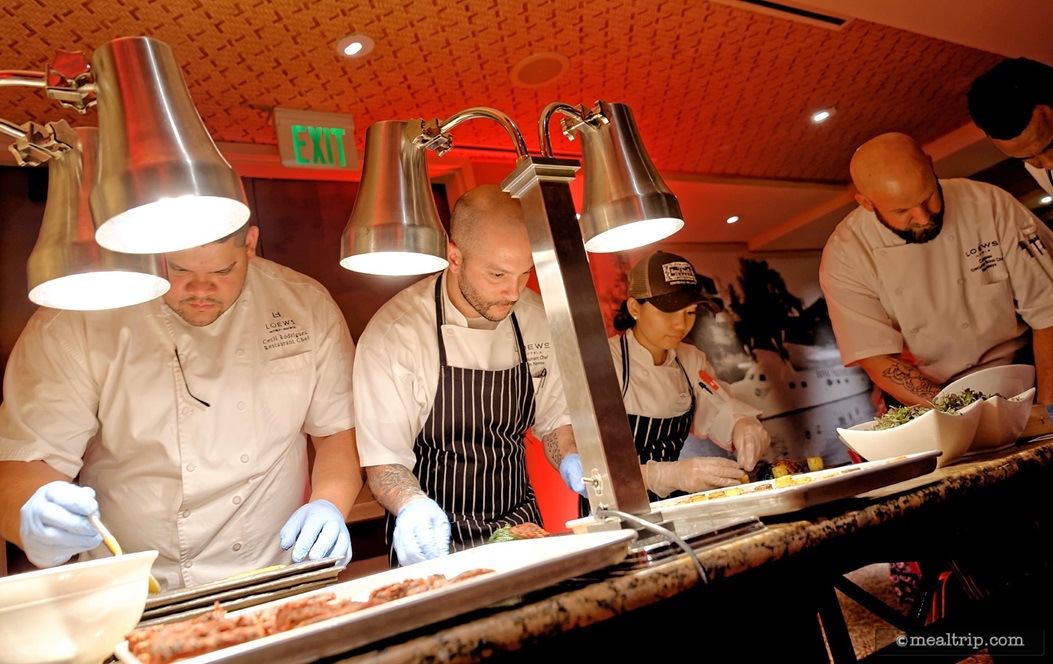 Course Four at Jake's Beer Dinner is usually thought of as the "Main Course", and is often plated on-stage, assembly line style! 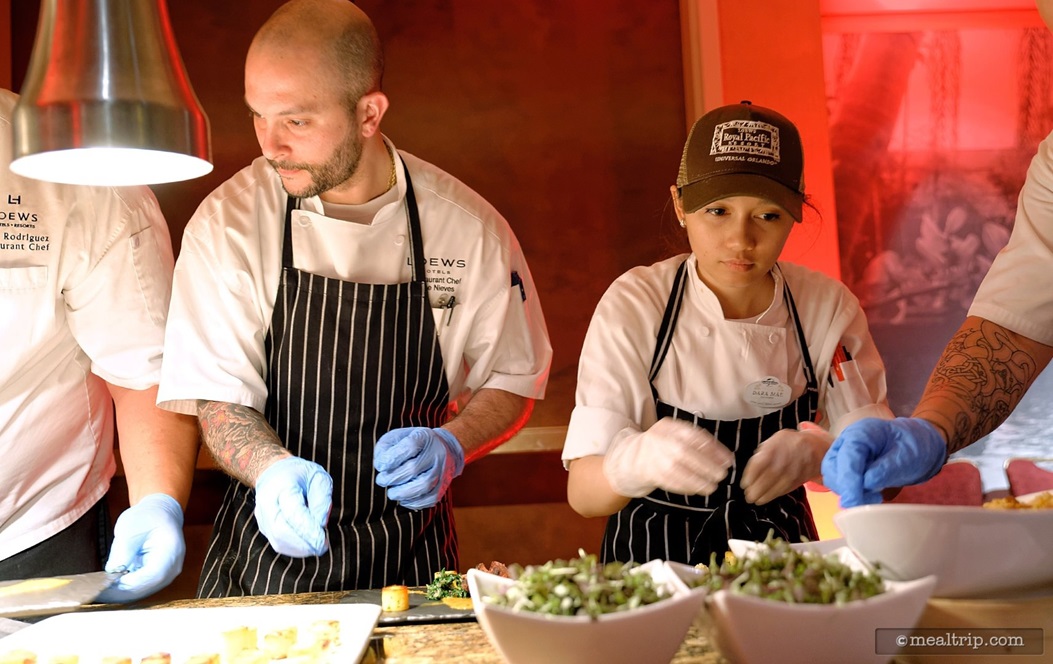 The main elements of the dish are brought out to a prep area in the center of the room and it's plated as you watch. Each plate is picked up by a server, and delivered to each guest, just as all of the courses and beer pairing are. 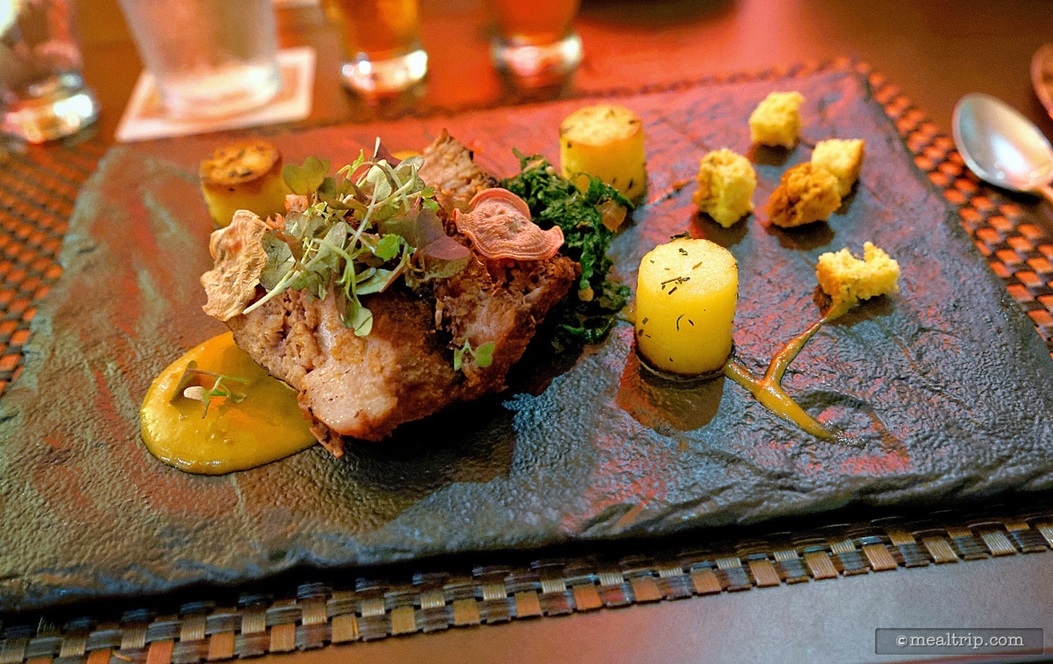 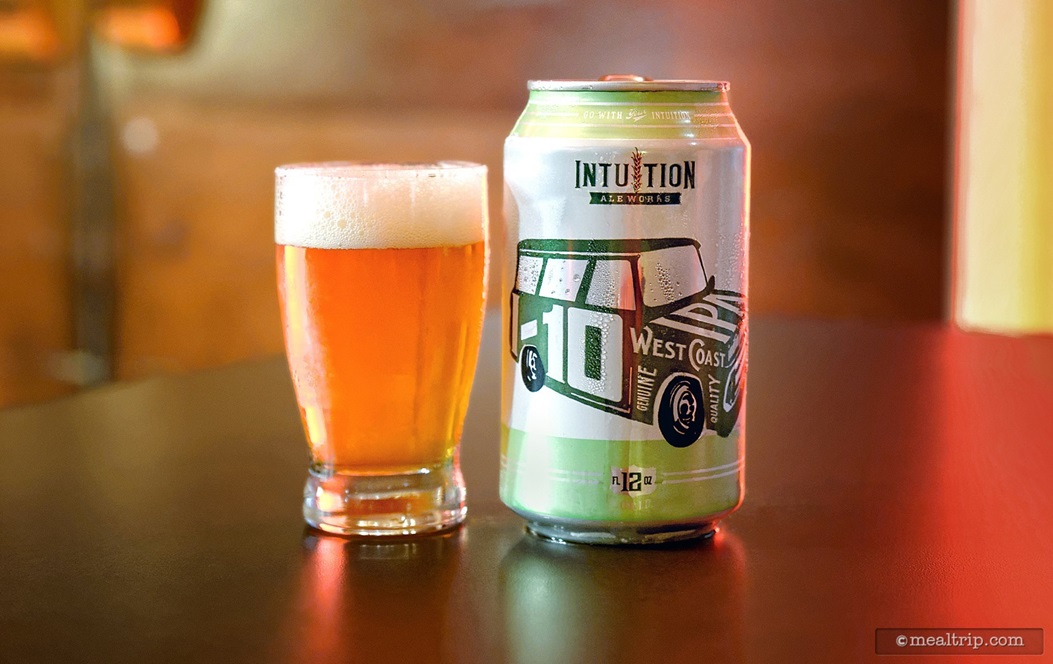 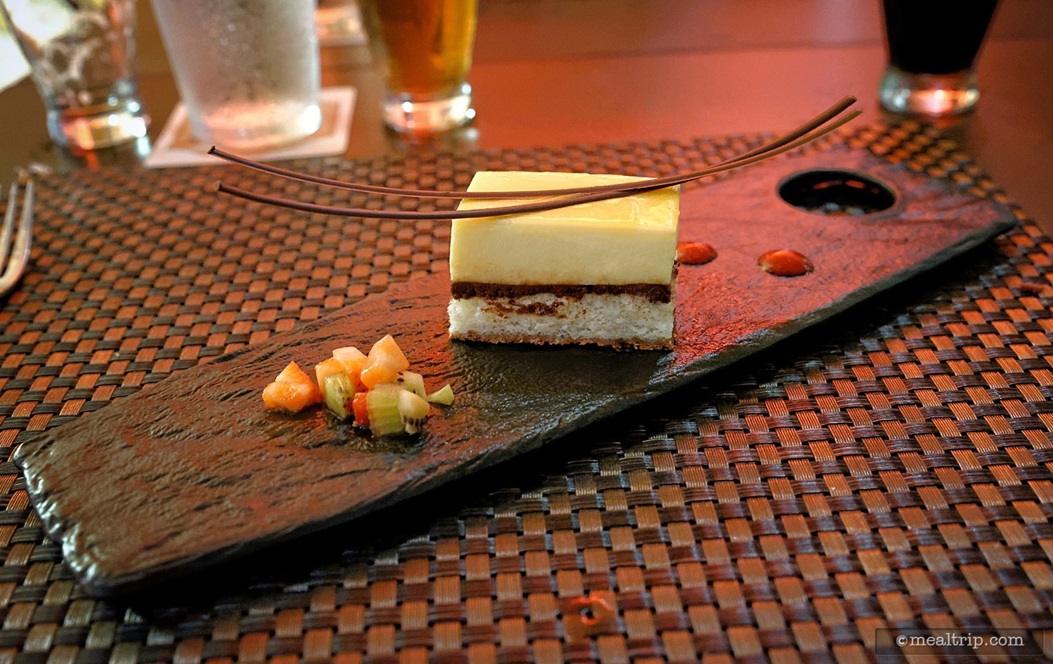 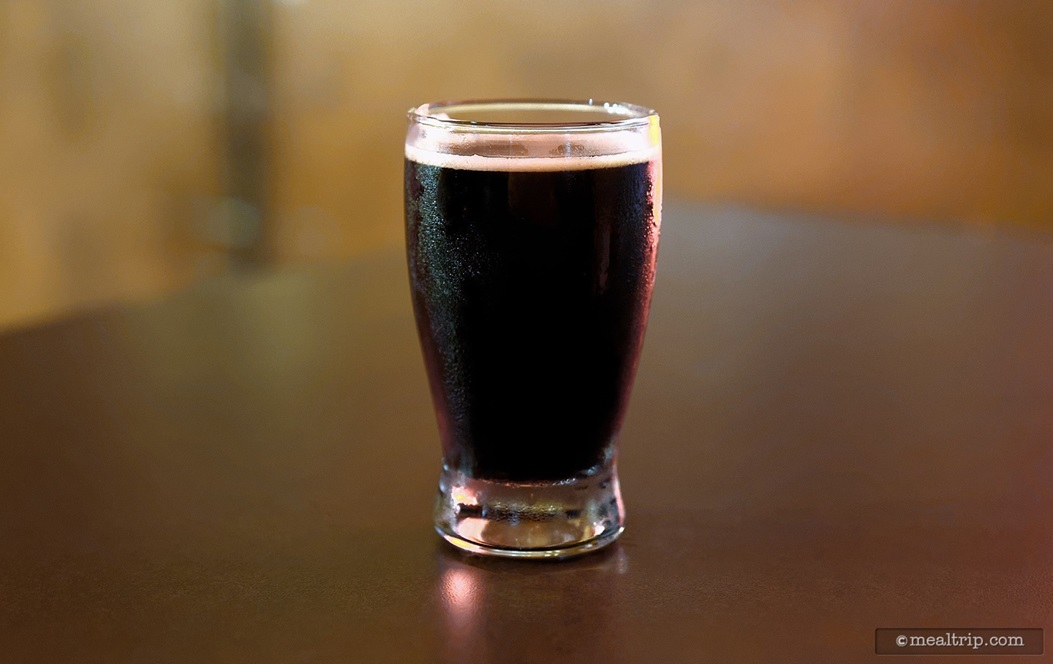 Course Five was paired with Intuition's "King Street Stout" (8.5% ABV) — An American Imperial / Double Ale. (Sorry, there were no cans for this one at the time of the dinner, they brought it special for this event and it was served "on-tap".

All in all, a pretty amazing meal… and great pairings on all the courses. On this particular night, it seemed as though the ales had progressively higher ABV and IBU levels as the night went on (which isn't always the case)… but it really worked for this meal. The first course (King Mushrooms with the Jon Boat Coastal Ale and the third course (Smoked Pheasant Agnolotti with Intuition's Easy on the Eyes) were stand-outs courses for me.

As with everything, the cost of "Jake's Beer Dinner" keeps inching up — but honestly, at $55 plus tax (with a small gratuity and ticketing fee, the final cost is closer to $65) per guest — it's one of the better "event" deals in the theme park district… especially considering the level of food being served is higher than what this particular location offers on their "normal" menu.

The Jake's Beer Dinner series takes place four-ish times per year… for the past couple of years, there's also been a New Year's Eve event that combines the best courses and beer pairings from each of that year's series of events. I haven't been to one of those, but the quarterly dinner events still get high marks from me for having a great balance of food quality and creativity, pairing quality (i.e. someone's actually thinking about what goes with what), and information about the food and beer, if you choose to ask questions.

If you would like to check out our review page for Jake's Beer Dinner (and see a few more photos from the event featuring other breweries), click here.
next post
New Coaster in 2020 for SeaWorld Orlando
previous post
Free Beer is Back for 2019 at SeaWorld Orlando
return to top of page
Reading takes too long... just show me the 17 photos from this article. 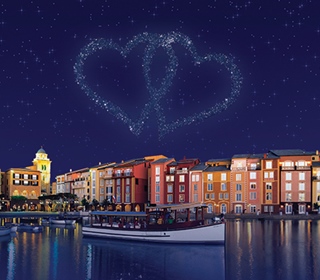